LEMAX makes Christmas village figures AND Halloween "Spookytown" figures. They are roughly 1/32 scale or 54mm. Some are slightly bigger and could be used with Toy Soldiers of San Diego plastic figures and some of the finer painted metal figures available. One of the home improvement stores sell a cheaper brand of figures every Christmas and some figures can be used BUT the resin material is not as workable as the LEMAX figures. Since many of my figures are left unpainted or color coded, I have painted the figures in one color with green  bases. The jolly Christmas and Halloween figures make good civilian parade spectators or war refugees. 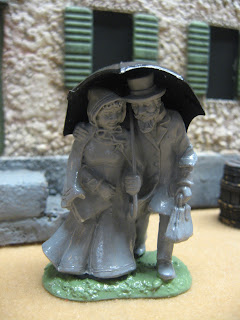 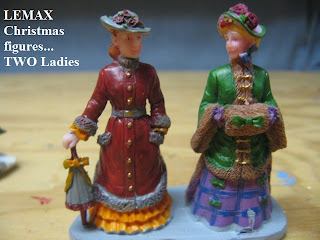 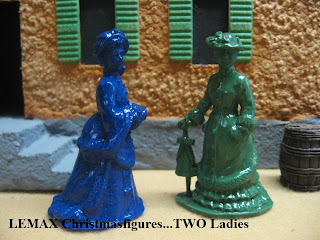 This set of figures of an informal vampire and his victim make a good couple of bombing survivors, refugees, or western characters. 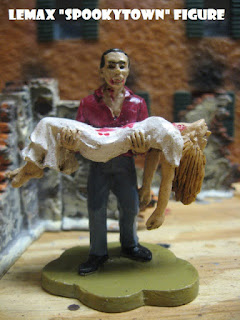 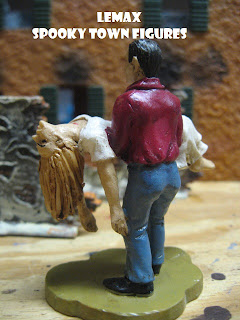 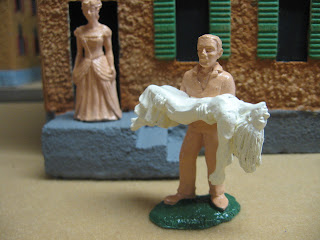 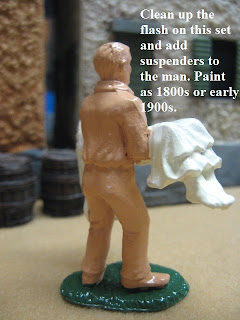 This figure make a good society lady or a "soiled dove." 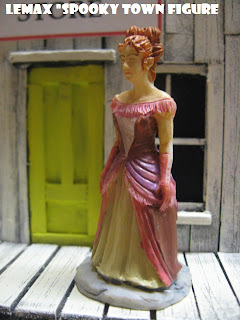 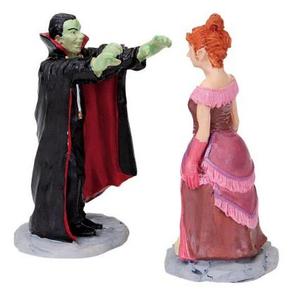 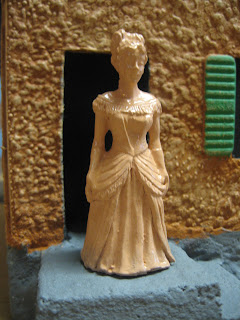 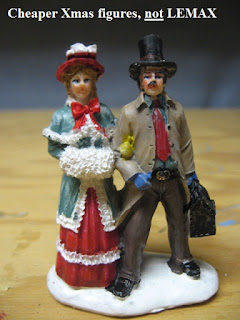 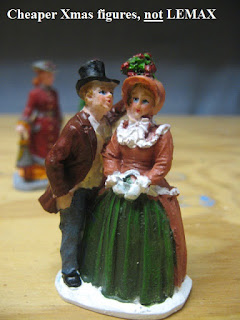 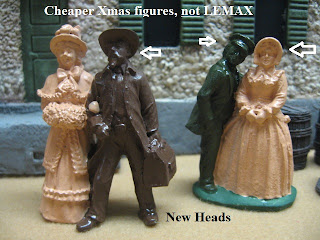