Armies In Plastic's World War One

These figures were released in 1997. I had some and then sold them because the US Marines plastic was too rubbery to hold the pose. Recently I picked up some more recently because the "late war" Germans look great and the US Army version of the poses are in a stiffer plastic. Armies In Plastic re-released US troops in very stiff plastic and some new poses. The firing poses on the New poses are "off". More like at "ready" while the original firing poses have the figure really aiming. I'd like to see AIP do machine gunners of all their WWI sets. The current sets have only a British soldier firing a Lewis Gun and figures advancing with US, French, and German machine guns of various types. AIP has been adding WWI troops from Indian and Russia, but mixes early and late war in a strange way. Early War Germans in spiked helmets only have Russians, some Highlanders and British cavalry to fight. The series needs French and British infantry in cloth caps. Turks, Austrians and Anzacs would be great additions to the series.

I've done some minor conversions to the figures below and I am still trying to make "casualties". The German grenadiers are a start but they have to lie down a bit better. 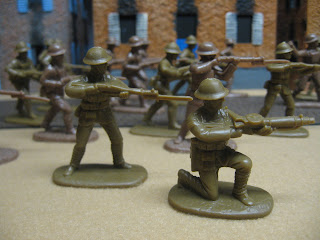 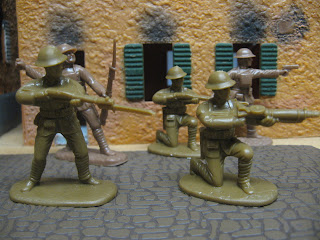 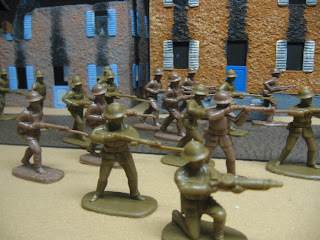 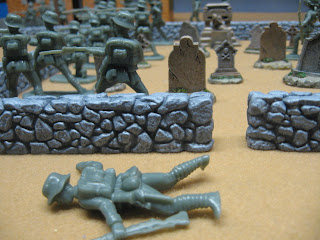 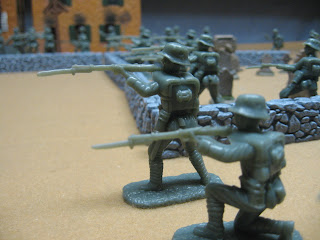 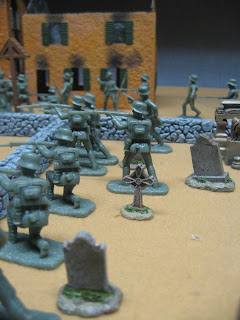 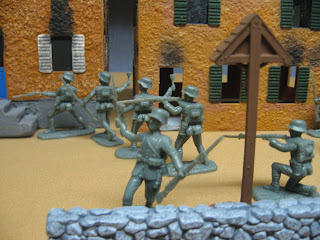 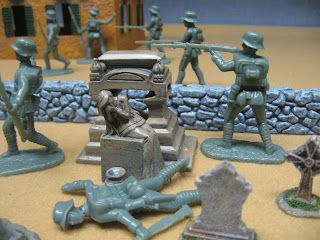