If you have time, flip though L'Univers illustré on line.

http://gallica.bnf.fr/ark:/12148/cb328854407/date.r=L%27Univers+illustr%C3%A9+.langEN
With in the years covered you'll find illustrated French news stories that include the military actions of France and other countries including the Russo Turkist War and the Third Carlist War. There are even illustrations of the German Army.  Will we see war game figures of these 1890s ski troopers? 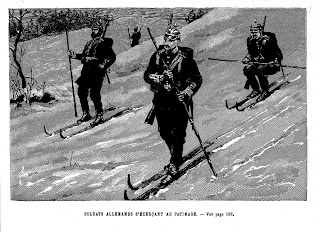 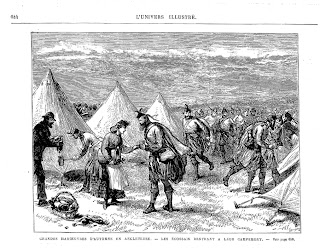 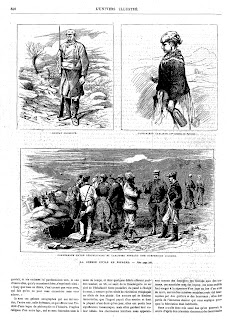