A good number of photos were taken of this princess of Kaiser Wilhelm. Her image was "collectable" as you can see from the post cards.


She wears the "uniform" of the Leib Husaren Regt Nr. 2. in these photos from around 1910. It was the custom for even princesses to be the honorary commanders of regiments and appear at reviews in a riding habit based on the regiment's uniform. The princess's outfit stands out because of the grim death's head on her cap over her beautiful smile. 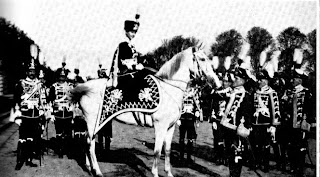 Here she stands with her sister in law Princess Cecile, the wife of the Crown Prince. 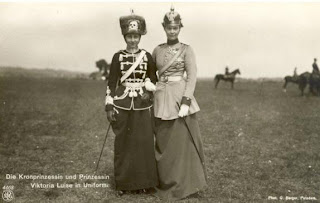 The photos of Cecile are unfortunate as other photos show her to be very pretty. 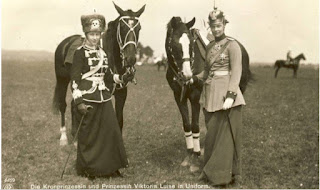 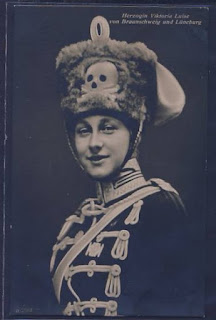 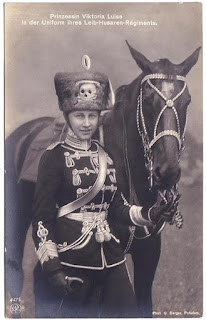 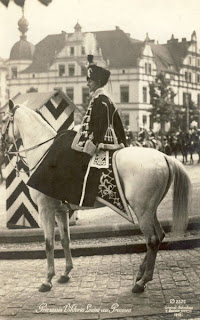 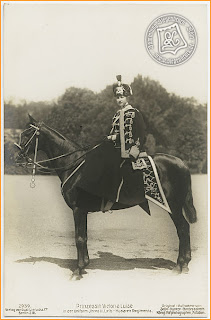 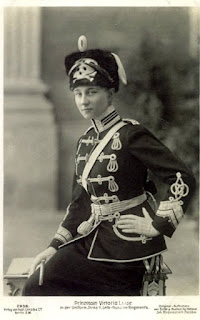