I found a few postcards on line of nurses from the Russo-Japanese War.

The Japanese military went Western at this time and the uniforms of the troops and apparently nurses uniforms as well.

This card looks like a summer/winter uniform or dress/working uniforms. 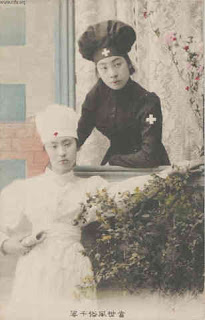 Great caps. Maybe they inspired the costumes of the characters in the Anime series Trinty Blood. 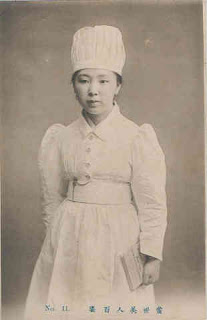 The one below says "hold card to light" which may reveal a risque image related to the figure in the hospital bed below. I can't tell. 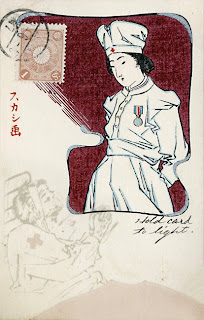 This card below appears to show a working gown uniform over a darker uniform. 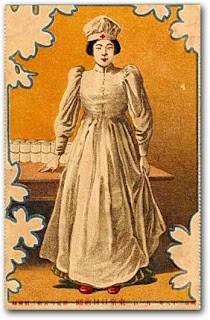