I painted those War of 1812 Militia 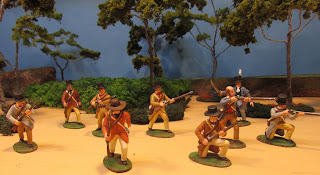 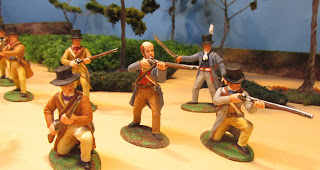 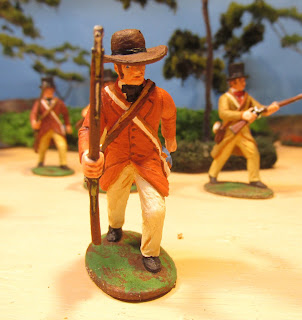 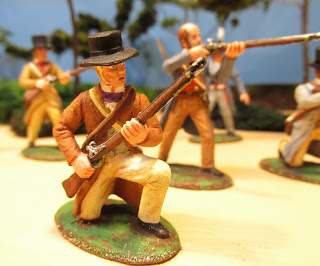 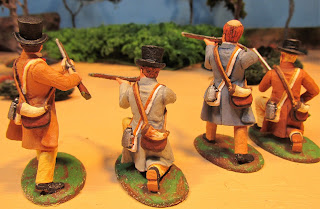 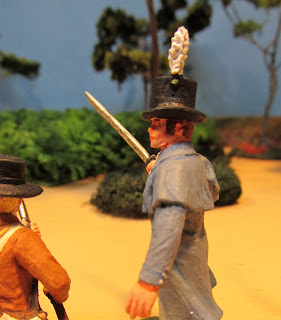 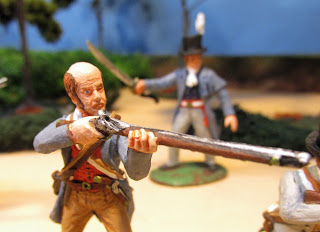 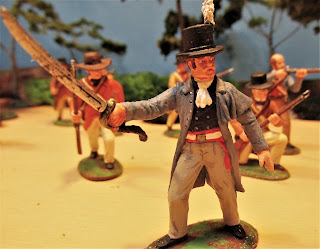 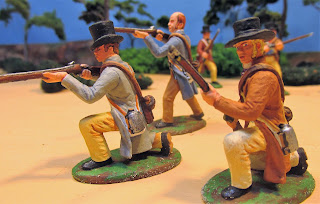 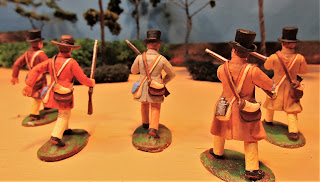 I filed down those strange looking canteens to make the two tin canteen styles.

Frontier Militiaman in the War of 1812: Southwestern Frontier (Warrior) 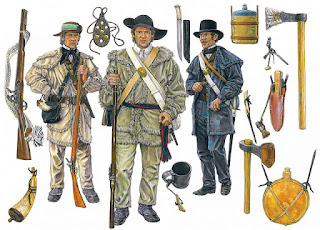 Note the straps on the two canteen examples. 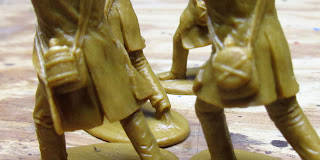 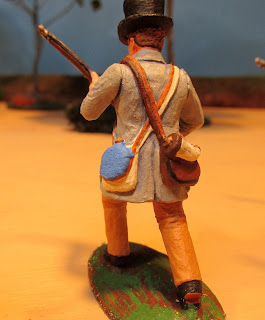 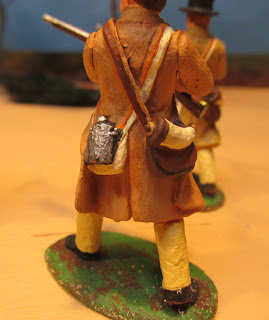 Since the figures have more "civilized" clothing and no fringed hunting shirts I went with 1812 era  canteens that I am familiar with.

Note also that several heads have the non fashionable mustaches from the era. They were too tiny for me to try to remove so I just painted over them. 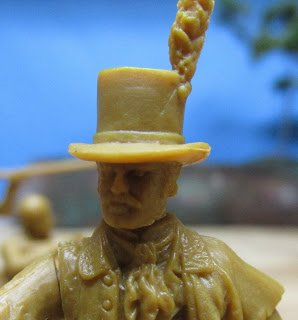 Two of the heads included have African features. I painted them as a white militia unit. These heads could come in handy for a Battle of New Orleans unit of freemen. 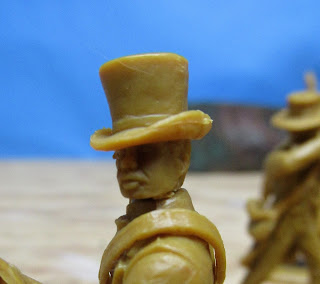 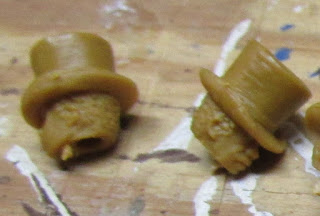