ARMIES IN PLASTIC War of Indepence

I recently took advantage of a sale at AIP to get their cavalry for the War of Independence. Not their best sets as they have bi-corn hats instead of helmets. Heads from All The Kings Men fix that issue. 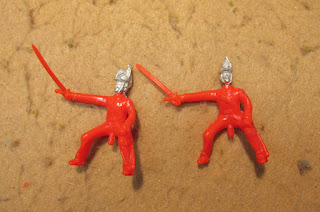 Also the pegs on the figures don't line up well with the holes on the horses backs. A brass peg fixes that. 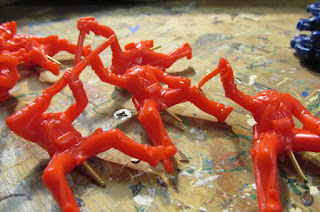 Now they stay on the horses when you drill a smaller hole that also lines up with the separate saddle. 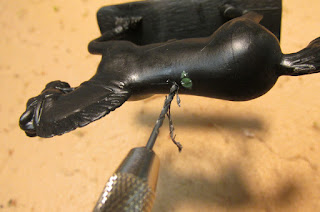 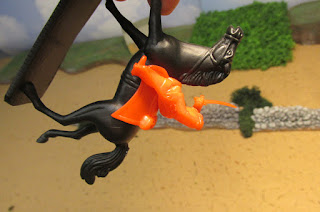 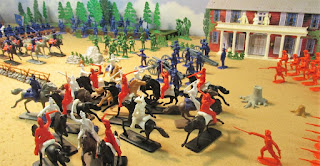 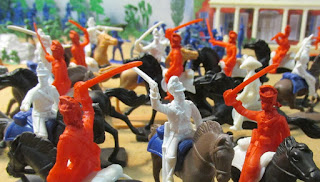 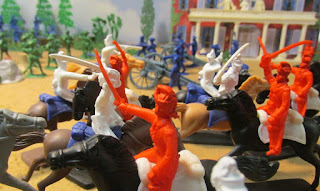 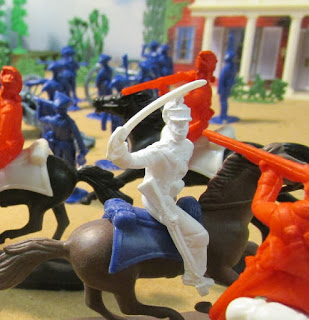 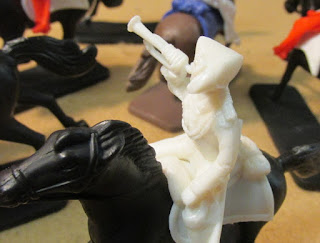 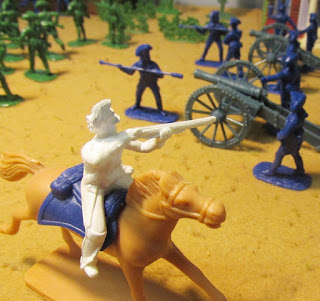 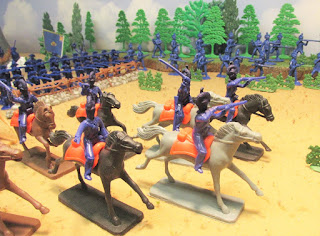 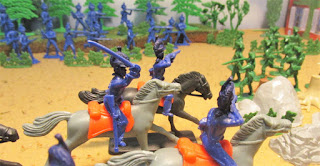 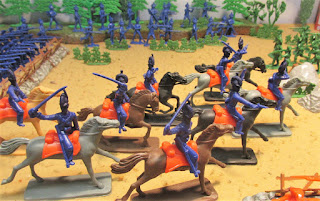