A trip to the Concord Museum

My daughter is a sophomore at Salem State (Dean's List) . This week she announced that I had to take her to Concord, Mass for an extra credit field trip as she doesn't drive and she didn't know anyone in her literature class who would drive her. "Oh OK" . It turned out to be a pleasant trip and we were home by noon.
One stop was the Concord Museum where I qualified for the senior ticket. Good local museum overall. I finally saw this diorama that I had only seen in photos. It's the British side of the Battle of Concord Bridge and I was told that it was done in the 1930s. Crude figures but a lively diorama, 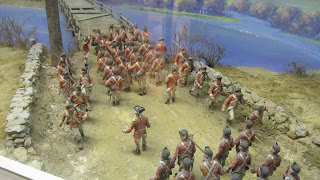 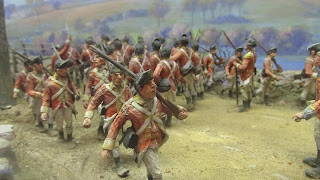 I like this little detail of the Light Infantryman on tip-toes trying to see the action. 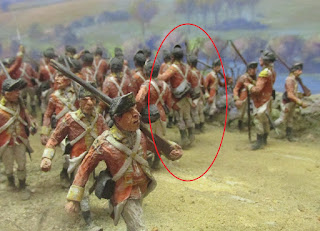 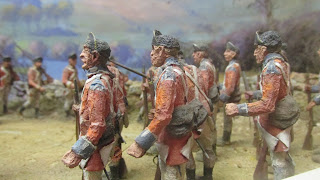 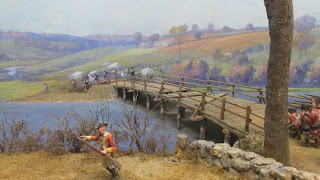 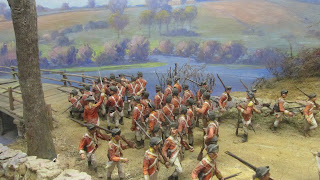 Later we went out to the real North Bridge. 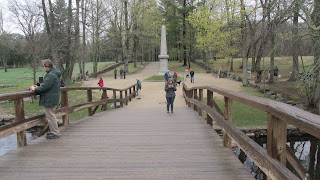 Of course Rachel posed in the Redcoat at the visitor's center. 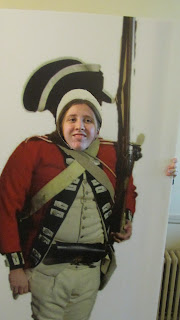 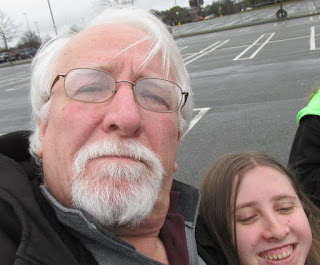