My main complaint is that only six of each of three styles of heads are included for nine figures. At $32.00 per box, it's expensive to build a unit when only six uniform men can be used per box for the rank and file.

Detail is nice and the arms and head plug in nicely. 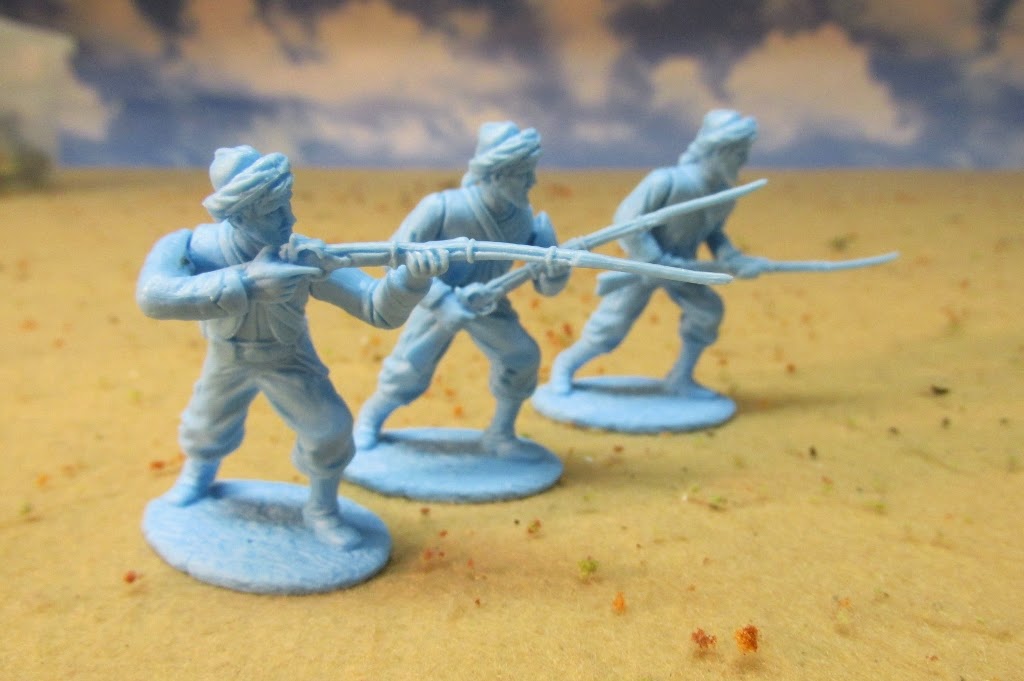 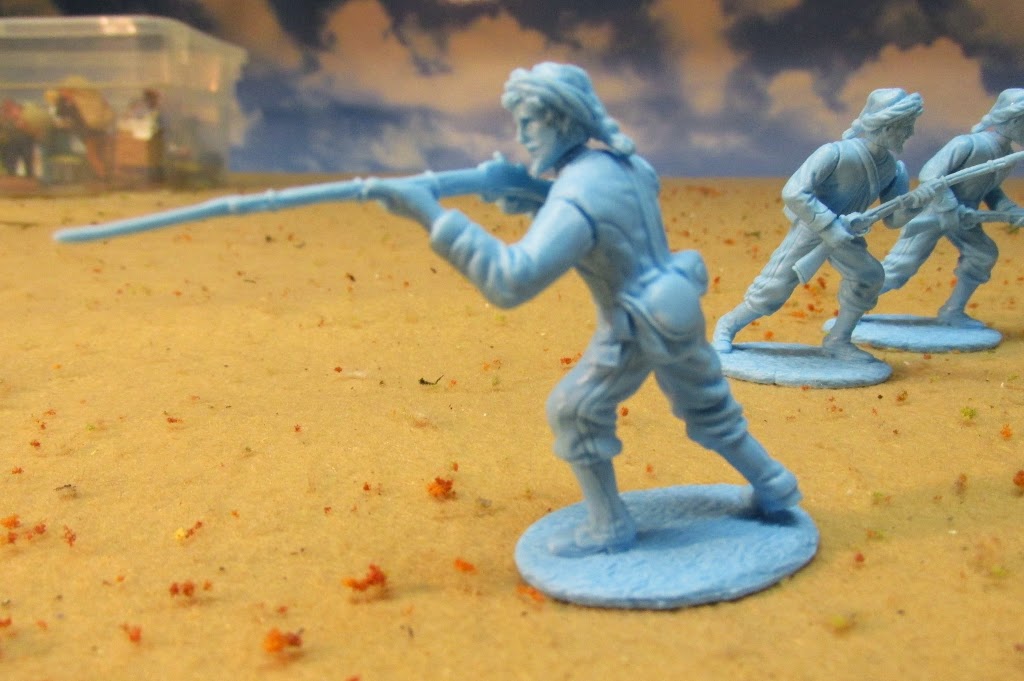 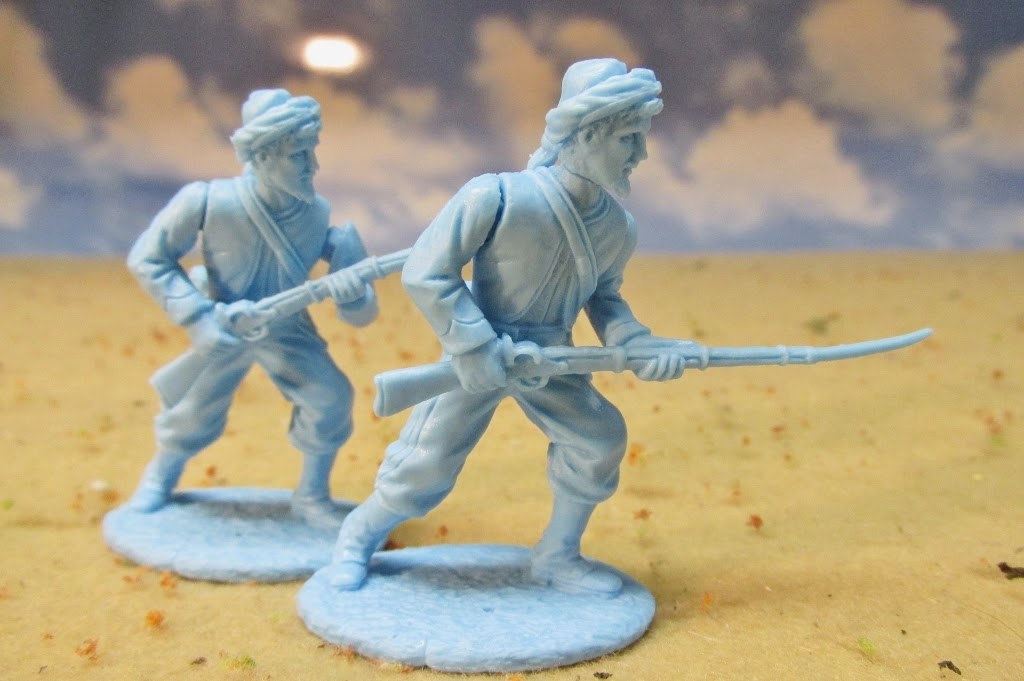 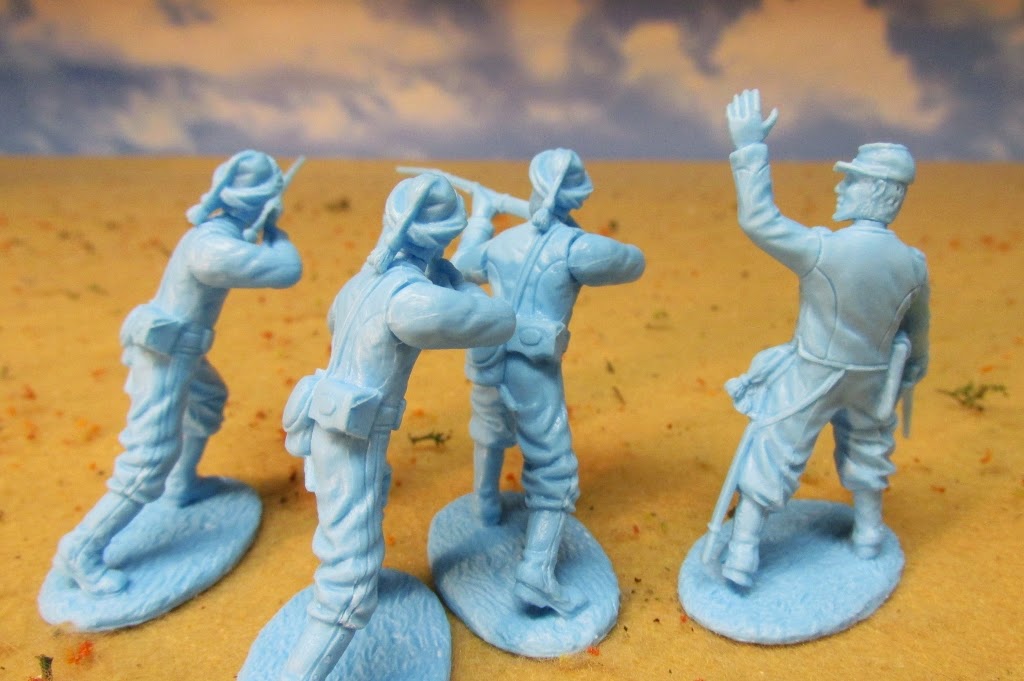 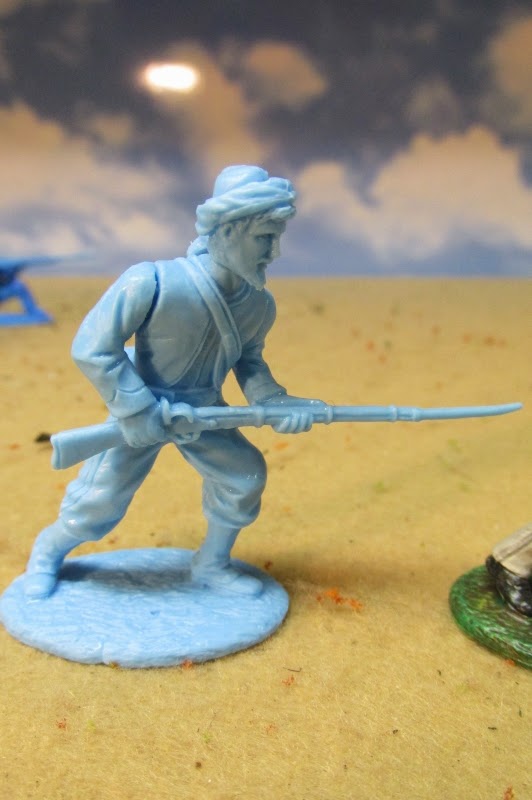 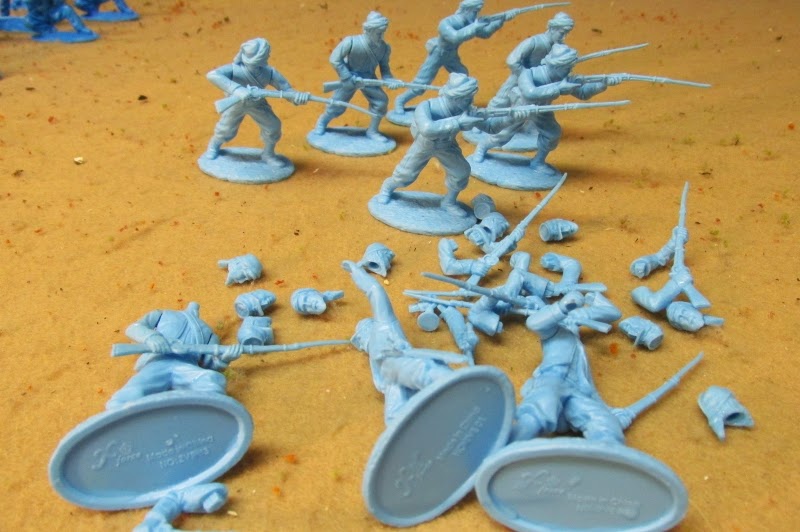 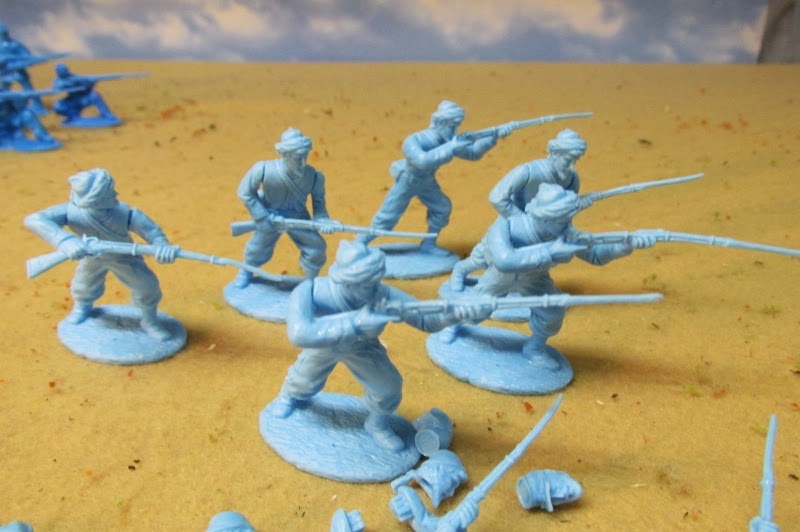 An officer is included but most US zouave officers worn the frock coat. 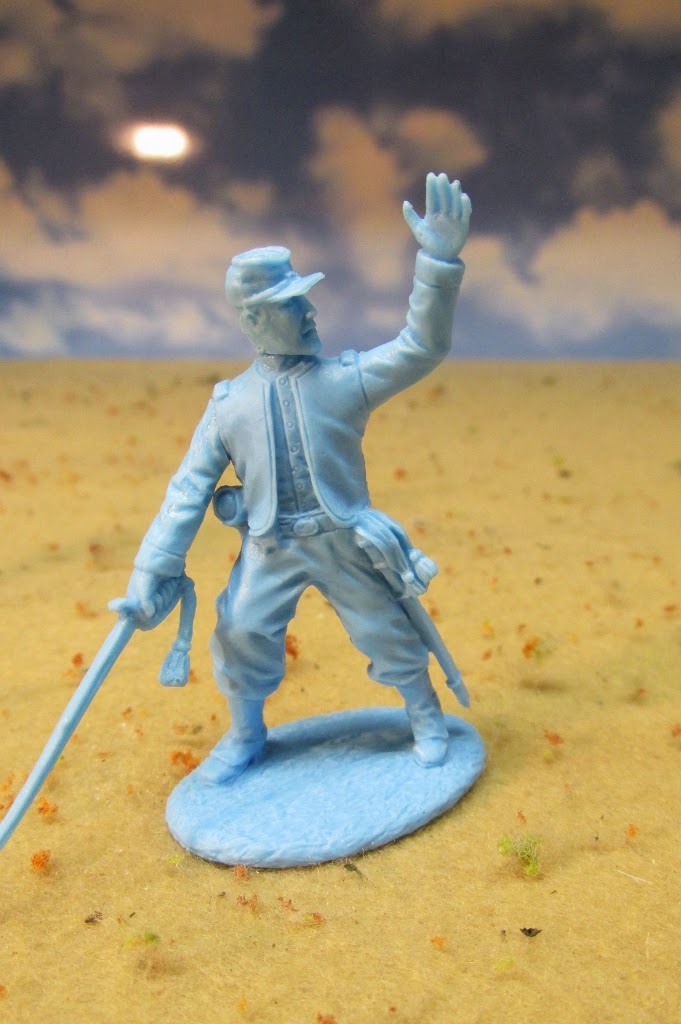 The bugler/color bearer could be useful but he's neither blowing the bugler (the bugler hand is a separate piece), nor correctly  equipped as a color bearer with NCO sword and baldric. 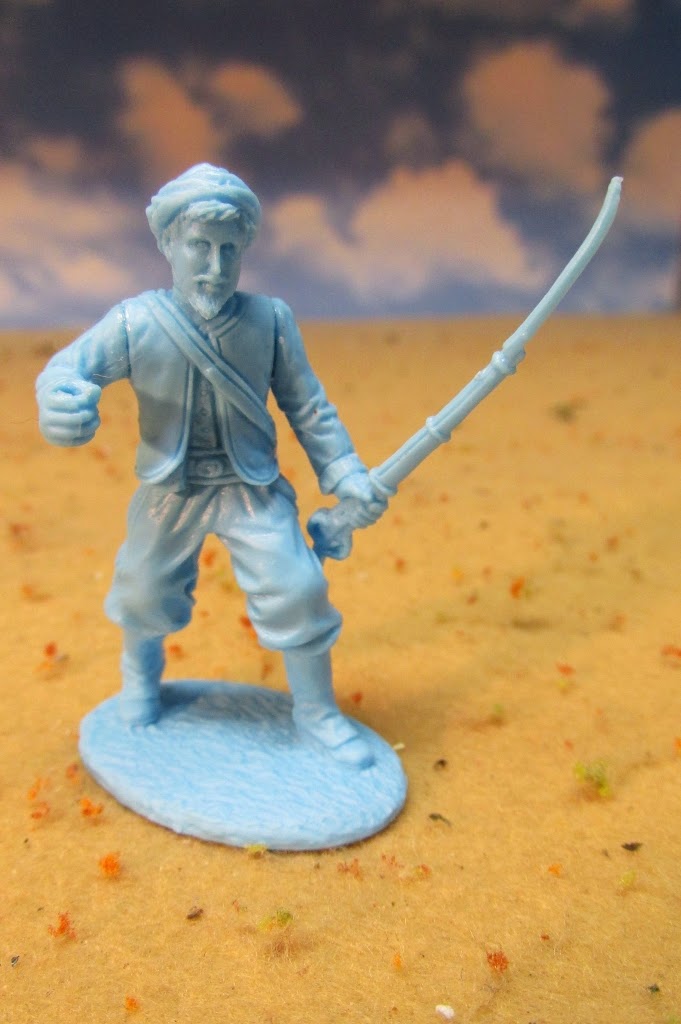 The New Figures are slightly bigger that the earlier Expeditionary Force sets. 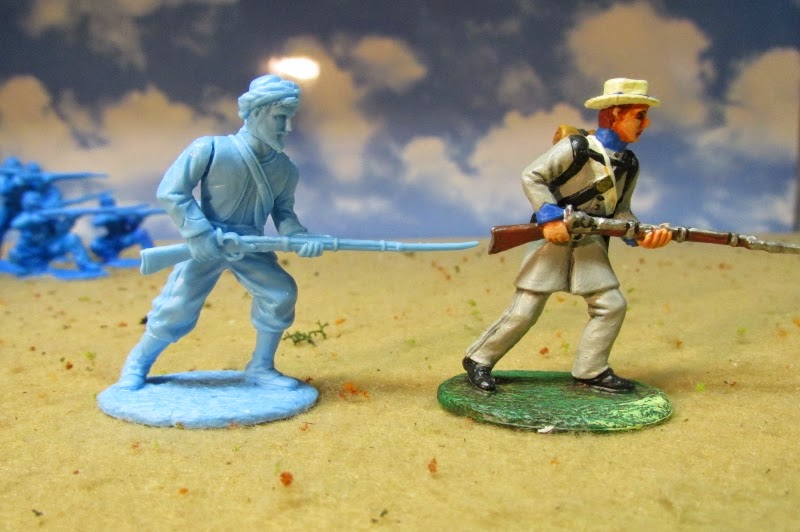