I painted the first batch of the hand to hand combat figures. The problem with the figures is that they are equipped with British Baker Rifles and bayonets as some of Santa Anna's light infantry is recorded as having. Modern interpretations of the Cazadore uniform show waist belts as worn by British rifle equipped units. 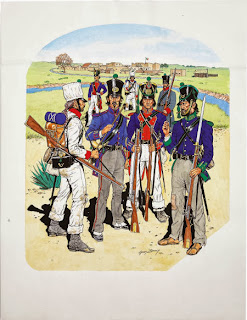 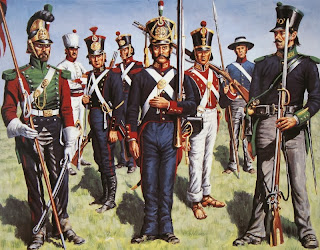 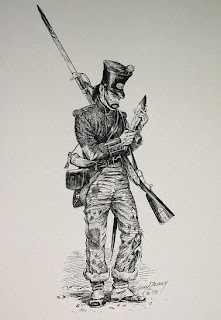 A cazadore in the recent Alamo film. 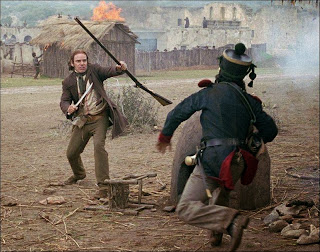 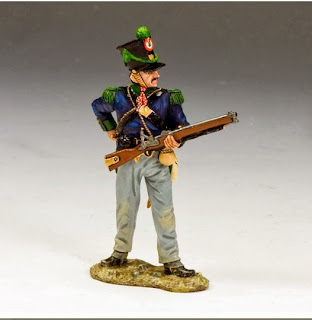 The TSSD figures do not have the waist belts and much of the details are as Grenadiers.   But I went ahead and painted them as riflemen so here's the first bunch. I ignored the gray pants and a few other details in the modern images and gave them blue trousers. Much of these uniforms is conjecture anyway. ;) 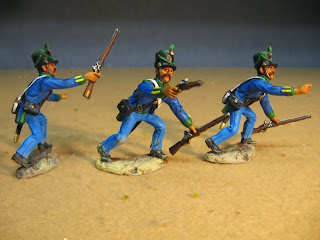 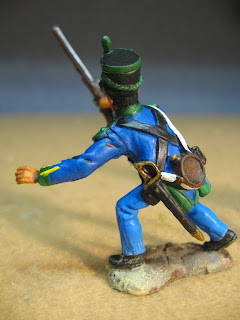 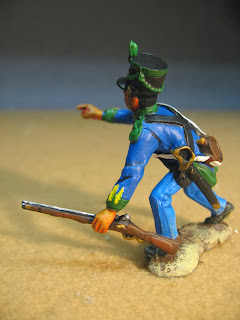 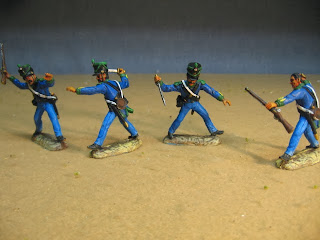 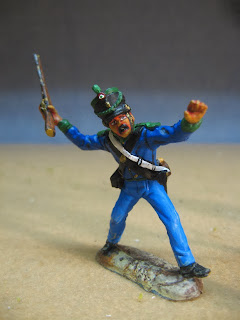 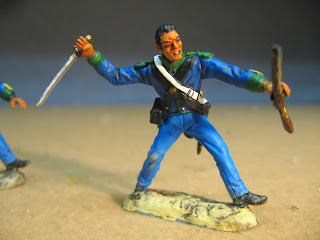 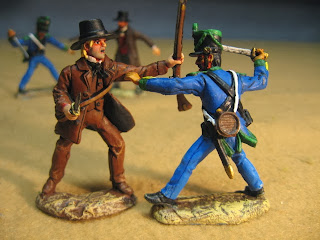 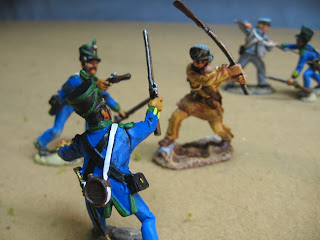 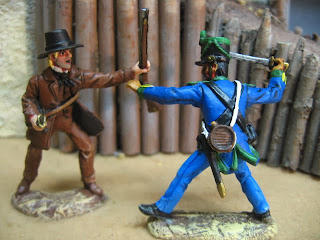 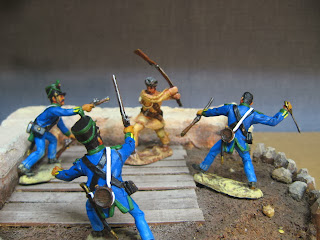 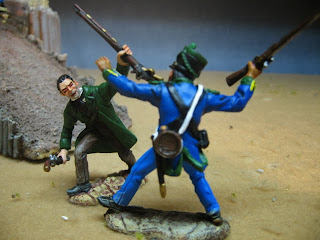 This project as taken over for some reason so there may be more figures painted to at least show one corner of the Alamo fight.