How the 60s should have been movies. 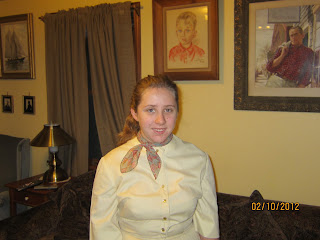 My father and I enjoy watching movies together. We often find reoccurring themes and ideas  in these movies.
One day we were going on a drive and we came up with the idea of a list of movies we've seen which idealize the 1960's. After months of discussion,  I organized our ideas into this list. 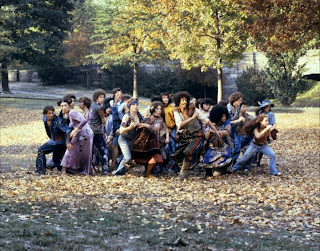 The film version of the  musical of the same name, which was ground breaking in it's day for it's portrayal of counterculture, anti-authoritarianism, drug use,  sexual promiscuity, race relations and public nudity.  Hair is the original idealized version of the 1960's counterculture movement.
On his way to join the army during the Vietnam War, conservative Claude befriends a group of Central Park hippies lead by Berger, and falls in love with society girl Sheila. Ultimately, Claude must decide whether to resist the draft as his friends have done, or to succumb to the pressures of conservative America and  risk his life by going to war.
The film's poignantly sad ending never fails to bring my father to tears. (It's true. Scott)

How it's how it should of been: people don't sing and dance in reality 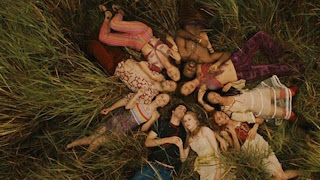 The music of the Beatles and the Vietnam War set the stage for this musical about the star crossed love affair between the poor British artist,  Jude (Jim Sturgess) and the  innocent and idealistic  upper class American girl, Lucy ( Evan Rachel Wood). This is a coming of age story set in turbulent late 1960's America.
When Jude leaves the dockyards of Liverpool to find  his absentee father  in America, he and his new friends are swept up in changes that are affecting the country. The movie compresses most of the  1960's into a two year time span, showing the Vietnam War, the race riots of Detroit, and the evolution and devolution of the  Peace Movement.

How it's how it should of been: everything is in it, all the different elements of the sixties with a happy ending. 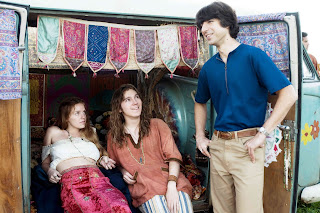 This film based on the memoirs of Elliot Tiber, focuses on a young man ( Dmitri Martin) working to save his parent's run down motel in the Catskills  during the summer of 1969 who becomes a part of the planning of the Woodstock Rock Festival.
It is basically an upbeat film, and is notable for it's sympathetic portrayal of homosexuals, transvestites, and hippies.

How it's how it should of been: good things come unexpectedly and people are generally good. 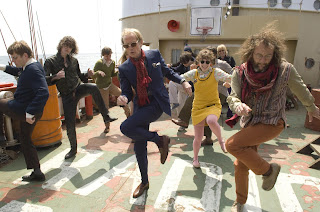 A lighthearted comedy with a somewhat bittersweet ending, and a pretty good British Invasion  era soundtrack.
A British teenager expelled from school in 1966 finds himself on a ship  in the North Sea with a crew of colorful characters who broadcast an immensely popular but illegal rock and roll radio station. Meanwhile, the powers that be conspire to shut them down. Authority figures don't look so good in this movie.

How it's how it should of been: authority sucks and freewill is groovy 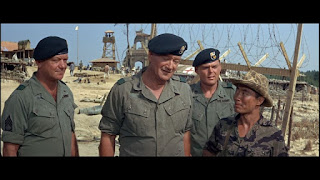 Basically the anti- anti-Vietnam movie. Where as most films about Vietnam portray it as a pointless, physiologically damaging nightmare, Green Berets makes it seem like there was a point to it after all.  Unlike most of the films I have mentioned, this is an idealized portrayal of Vietnam which came out while it was still going on.
It is also different from the other films I have mentioned because instead of conservative authority figures being the villains, in Green Berets they are the good guys, and the liberals  (usually the good guys) are the miss guided ones. John Wayne and the Green Berets teach a liberal reporter that Vietnam is worth fighting.

How it's how it should of been: the locals were grateful, we had a good cause, and the commies are evil. 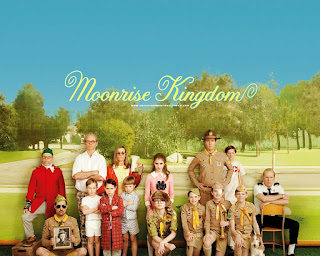 A pair of adolescent sweethearts escape from a small New England town during the summer of 1965, and go off on an adventure, and have to outsmart the bumbling authority figures who are searching for them.
An upbeat story with a cute, and at some points disturbingly precocious, love story.  There are no real villans in this story because the bumbling authority figures turn out to be sympathetic and do the right thing in the end.

How it's how it should of been: The Grown Ups come around in the end.