You probably won't see "German Maid" Halloween costumes. Oktoberfest beer maids yes. I have noticed a common theme in early 1900s postcards in England, France and Germany of the pretty maid, nursemaid or cook as a mate to the soldier. I did an entry about this subject sometime back and more cards have shown up since then. Maybe it's that upper class postcard senders thought that this subject was cute like the humorous and clever servants in plays and operas. Maybe a female servant was a good mate to a soldier as both were seen as respectable jobs. Here's some more German examples. I'm going by the cap and apron that the women are servants. These might make subjects for dioramas. 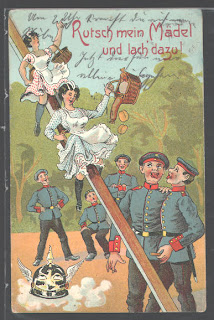 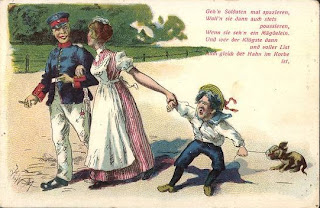 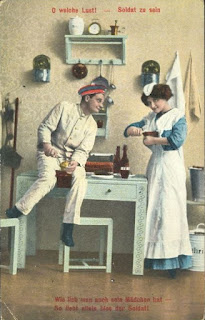 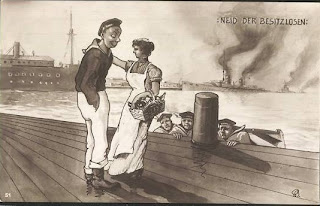 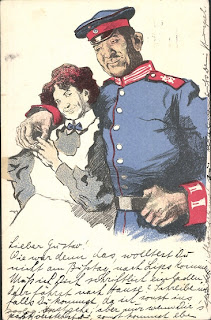 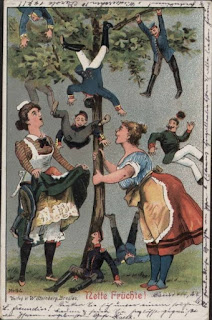 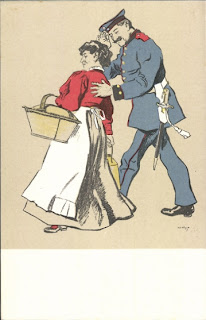 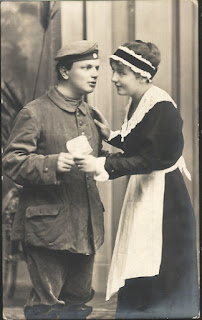 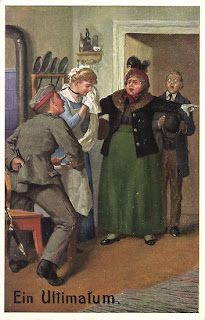 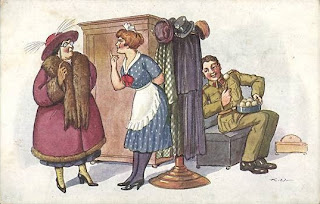 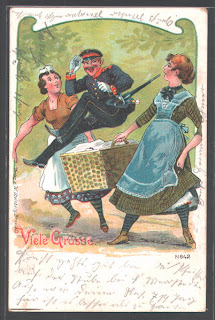 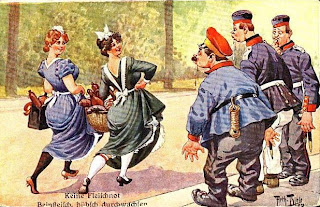 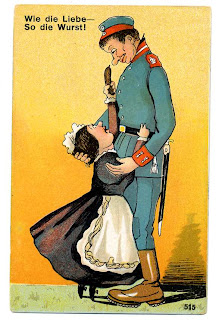 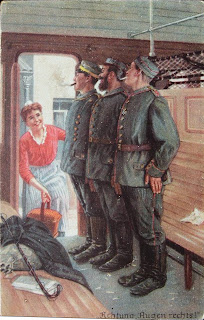 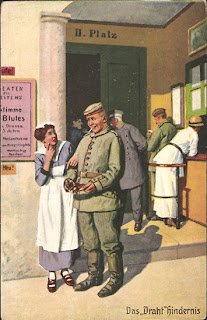 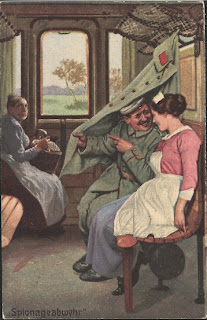 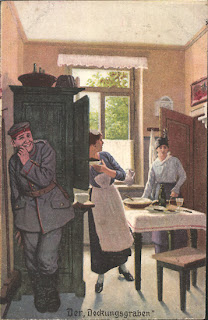 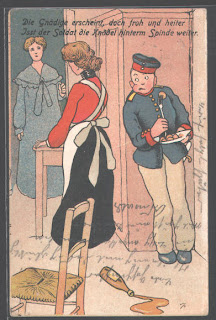