Big Guns over Gloucester in the Civil War

The fact that Confederate raiders didn't attack Gloucester, Massachusetts during the Civil War means these guns did the job without firing in "anger."  The Official Records of the Civil War note two earthworks and a platform battery. The platform battery was the old Fort Defiance and the earthworks were on Eastern Point and Stage Point, now Stage Fort Park. 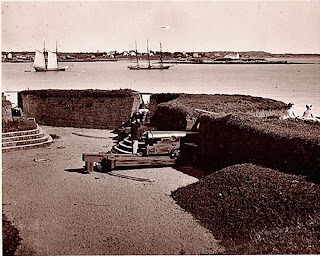 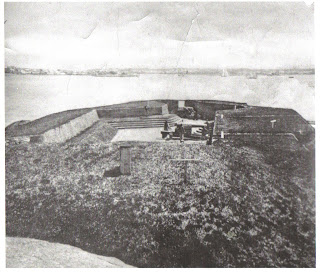 In the artwork of Fitz Henry Lane. The fort is the green area between the point and the hump. 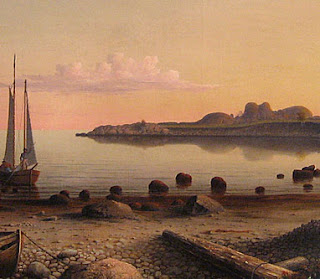 Today there are MORE display guns than back during the Civil War. 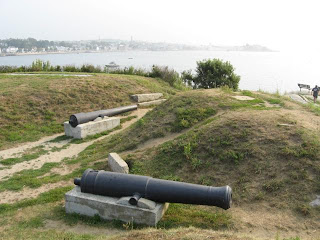 The "no-name" fort on Eastern Point was built during the Civil war in response to Confederate raiders attacking Gloucester fishing boats on Georges Bank in June 1863. 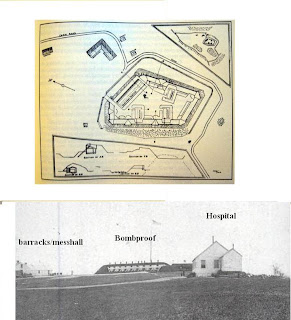 The "Ramparts" mansion was built on the site after the Spanish American War.. 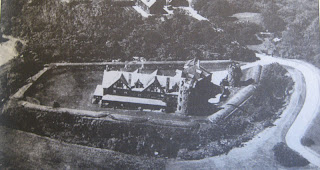 Today from inside the grounds. (Private property) 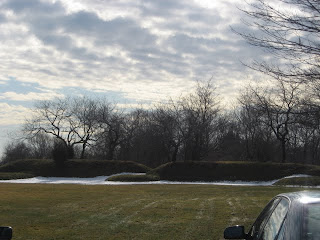 The old "Fort Defiance" ruin was refitted with new guns for the Civil War. Nothing remains today. 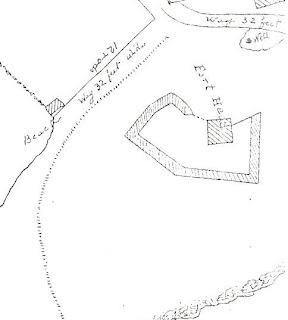 From the pre-war art of Fitz Henry Lane 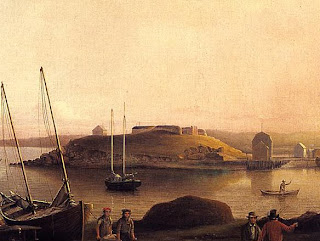 Fort Defiance also features in the Sea Serpent sightings. Fort Defiance is on the hill to the right just before the schooners in the picture of the sea serpent below. 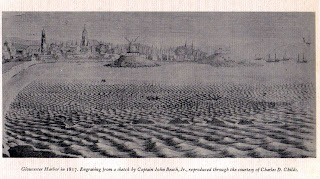 The outline of Fort Defiance was shown in 1887.. 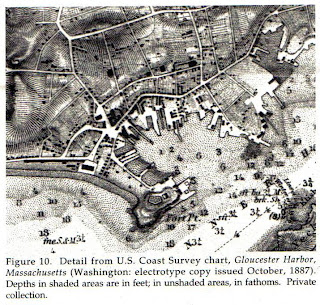 I hope readers will remember that I'm currently living in Gloucester.
Posted by Scott B. Lesch at 11:39 AM