I found this photo by accident. I looks more like Sophia Loren was doing a photo shoot with various costumes. Wouldn't you like to see a movie with Sophia Loren in her youth as a Cantiniere? She did a play a Napoleonic era laundress in Madame Sans-Gêne 1961. 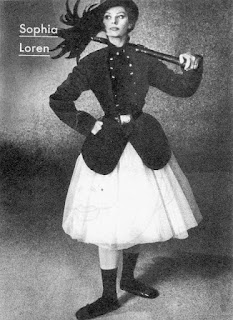 From the toe shoes and tutu skirt this is a ballet costume. Perhaps meant for a portrayal of this ballet. 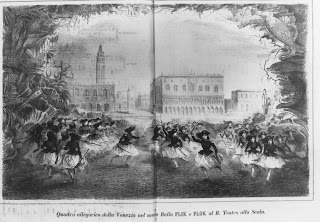 Rather than a Cantiniere, the costume is a Bersaglieri (click the picture to enlarge it.)

Speaking of Bersaglieri and Cantinieres, I found this other photo that I hoped was 19th Century. 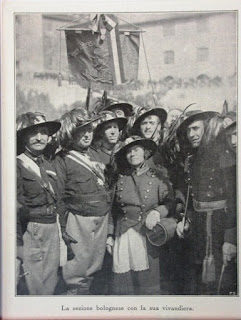 Another source for the photo identified it as 1929 AND the fellow to her right of the Cantiniere is
Benito Mussolini.