I only found a few photos of the Marketenderin from recent reenactment of the Battle of  Königgratz  I suspect that they were taking the 1000's of photos on line of the reenactment. Several women portraying Prussian and Austrian Marketenderin are shown here. I think that these women made militarized dresses based on their unit's uniform rather than from period sources. 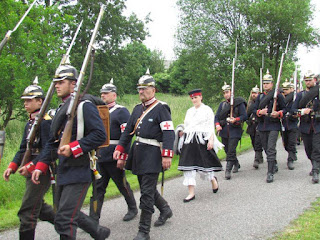 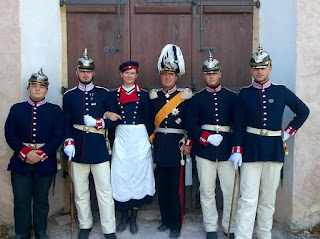 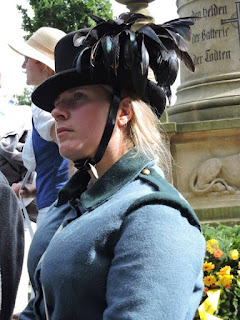 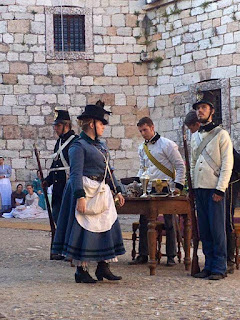 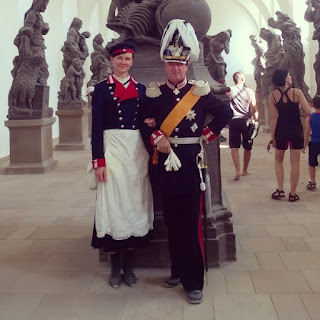 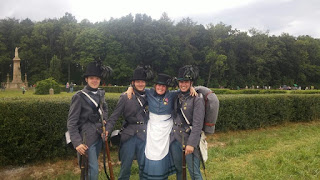 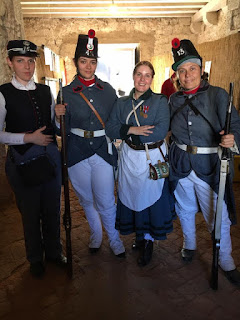 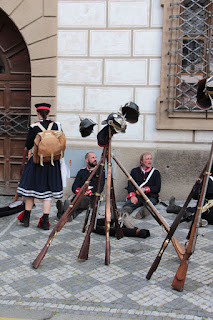 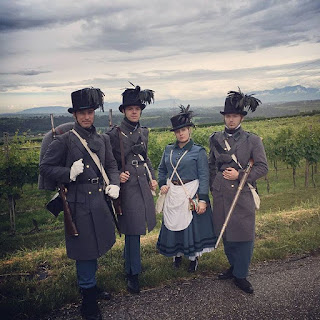 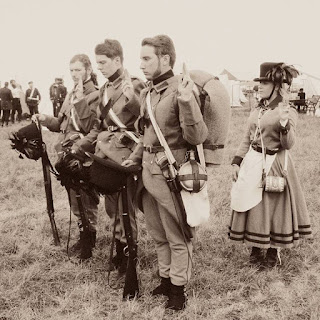