It's either several nice readers or one reader with two "handles" on two other internet sites, BUT, I've gotten several tips (Thanks!) on a toy Mormon figures. Of interest is the Mormon Hand Cart set with figures close in size to 54 mm and mid 19th century clothing. 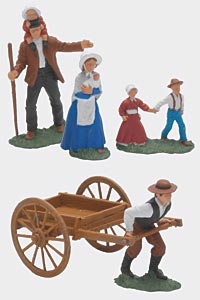 They haven't got to UTAH yet and already there are 4 kids. (Just one wife so far.)

Other figures include heroes and villains from the BOOK OF MORMON in a 3 " size. 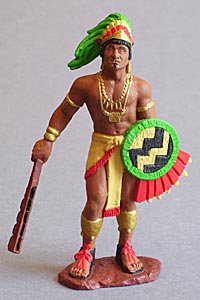 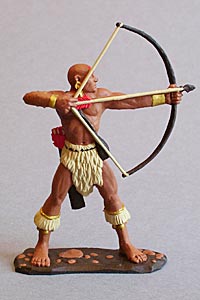 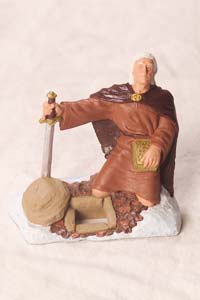 What child doesn't want to play with Moroni and Joseph Smith action figures? 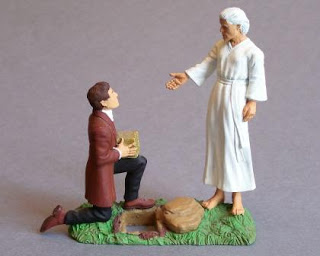 The series has action Mormon missionaries. 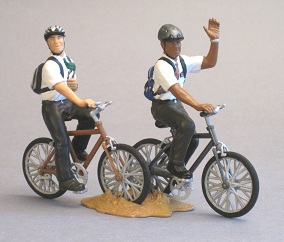 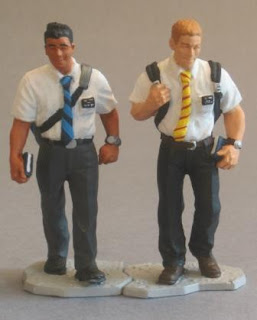 The Mormon missionaries I met 20 years ago were two women. One very "handsome" and the other a little too intense. Nice ladies. Mormons don't ask for money and they give you a free book of Mormon so I enjoyed talking to them.

There is a Pewter version of "sister missionaries." This may be the "intense" one...

This figure may be the "handsome" one...

You can get Mormon figures and toys from Latter Day Designs
http://www.lehi.com/