Replicant  makes a set of figures to recreate the John Brown raid on Harper's Ferry on October 16, 1859. Well, Replicant  included in this set some Confederates and Nelson's Navy figures as raiders or Virginia Militia and some obviously 1861-65 U.S. Marines . These figures are new figures from the set and represent Brown and several of the black men on his raid and look pretty good. I included one of the re-purposed Confederates originally from Replicant's dismounted cavalry set to represent one of the white men on the raid. 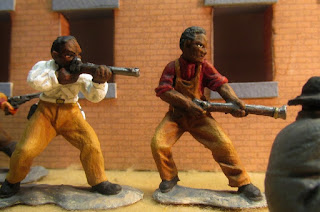 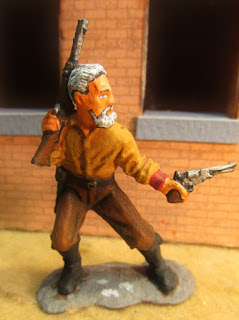 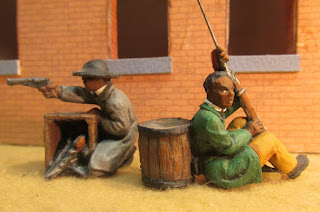 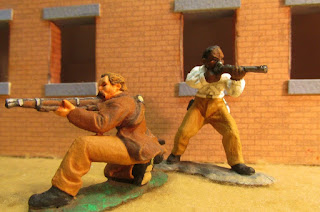 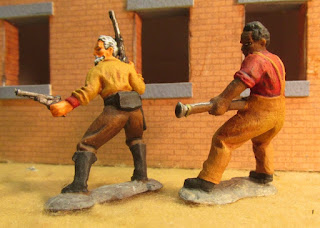