I dug out and painted this mixed set of an Imrie/Risley arab slave dealer and a Rose Roman slave figure. The original female slave from the Imrie/Risley kit was used years ago for something I can't remember. 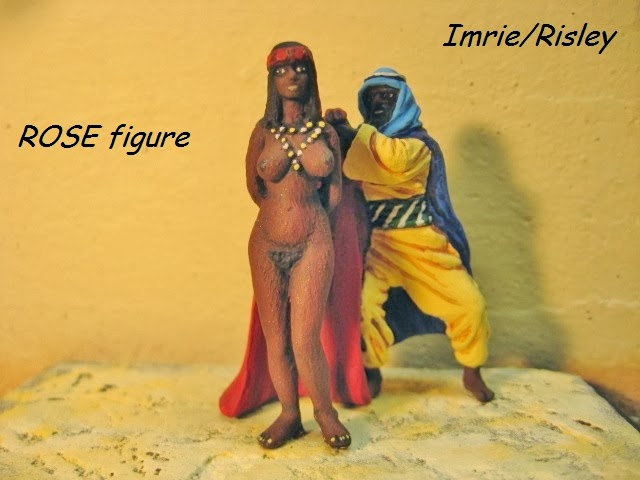 I remember over 40 years ago looking at a store catalog for the  Rose figures where the store owner had censored  the photos of the male and female nudes in Rose's ancient figure series with a marking pen. 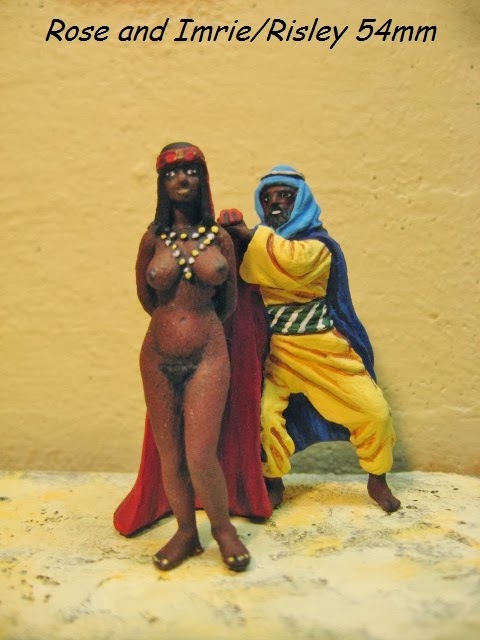 There are few recognizably black civilian figures around.  This offering is from Delprado. 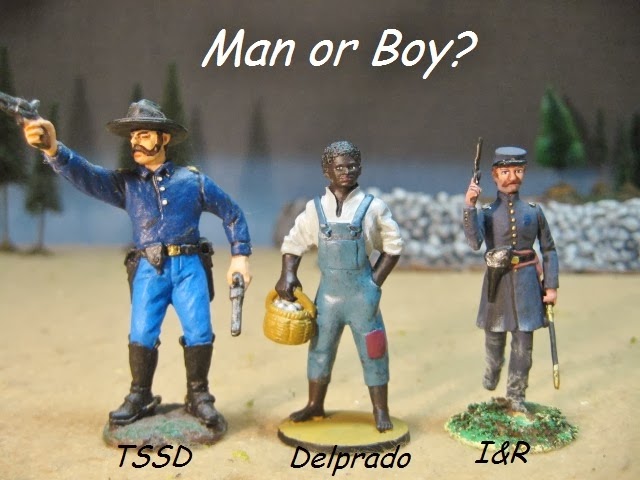 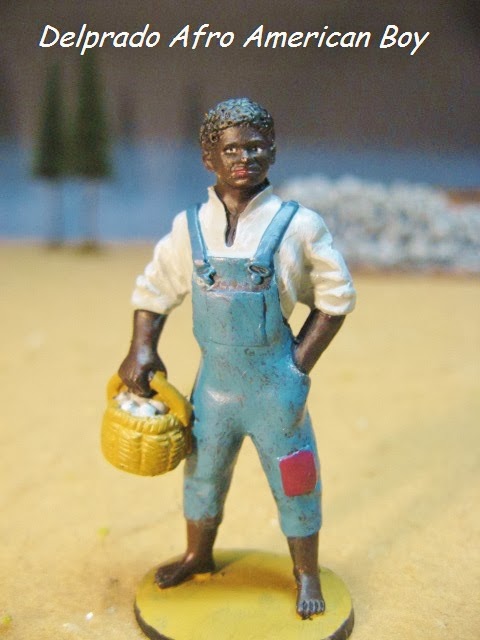 There were "overall" garments in the 1800s but I can't find a photo of 1860s slaves wearing them. The "bib front" overall can be turned into an apron. 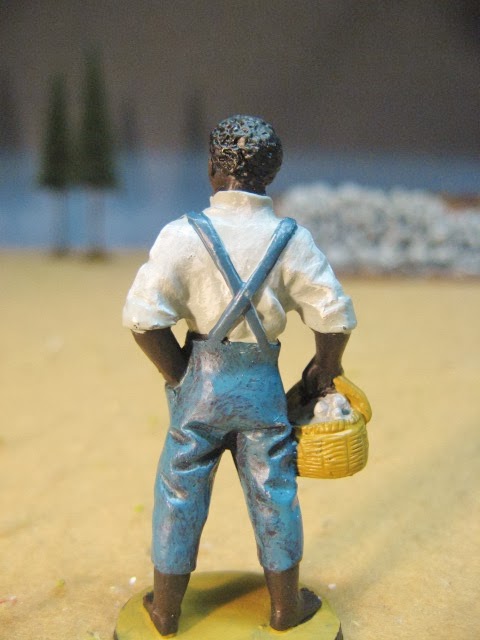 Fugitive Slave Law?   Not in enforceable in Canada! I got this WBritains 1868 British soldier from their "Redcoats" glossy series as close enough to the US Civil War era. The figure is on sale at Treefrog Treasures for $9 U.S.D., less than half the list price. 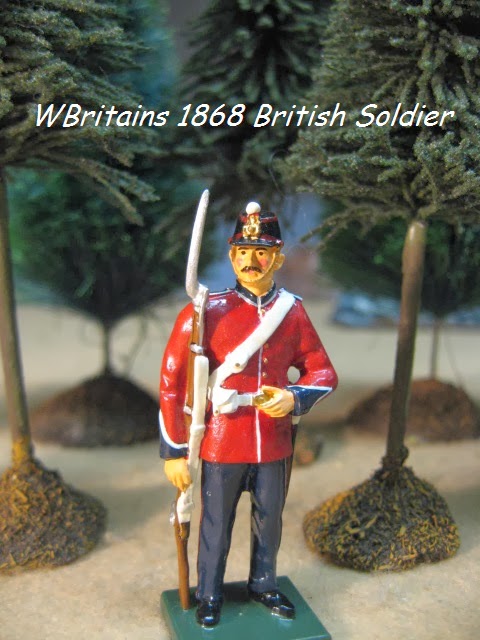 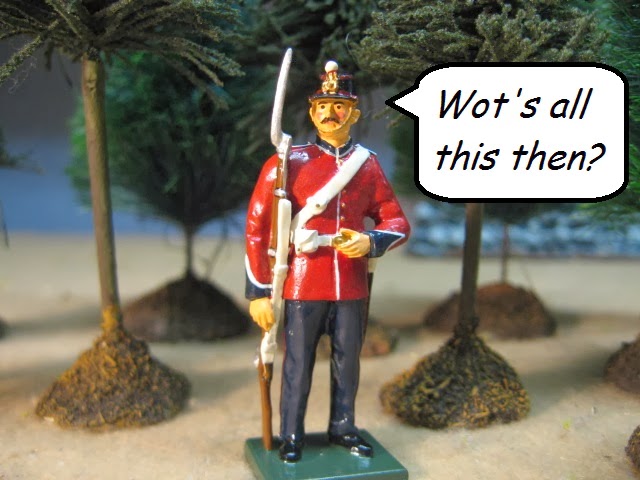 Look for these new cast member in the future.